Ascending the Quassussuaq Peak in Nuuk 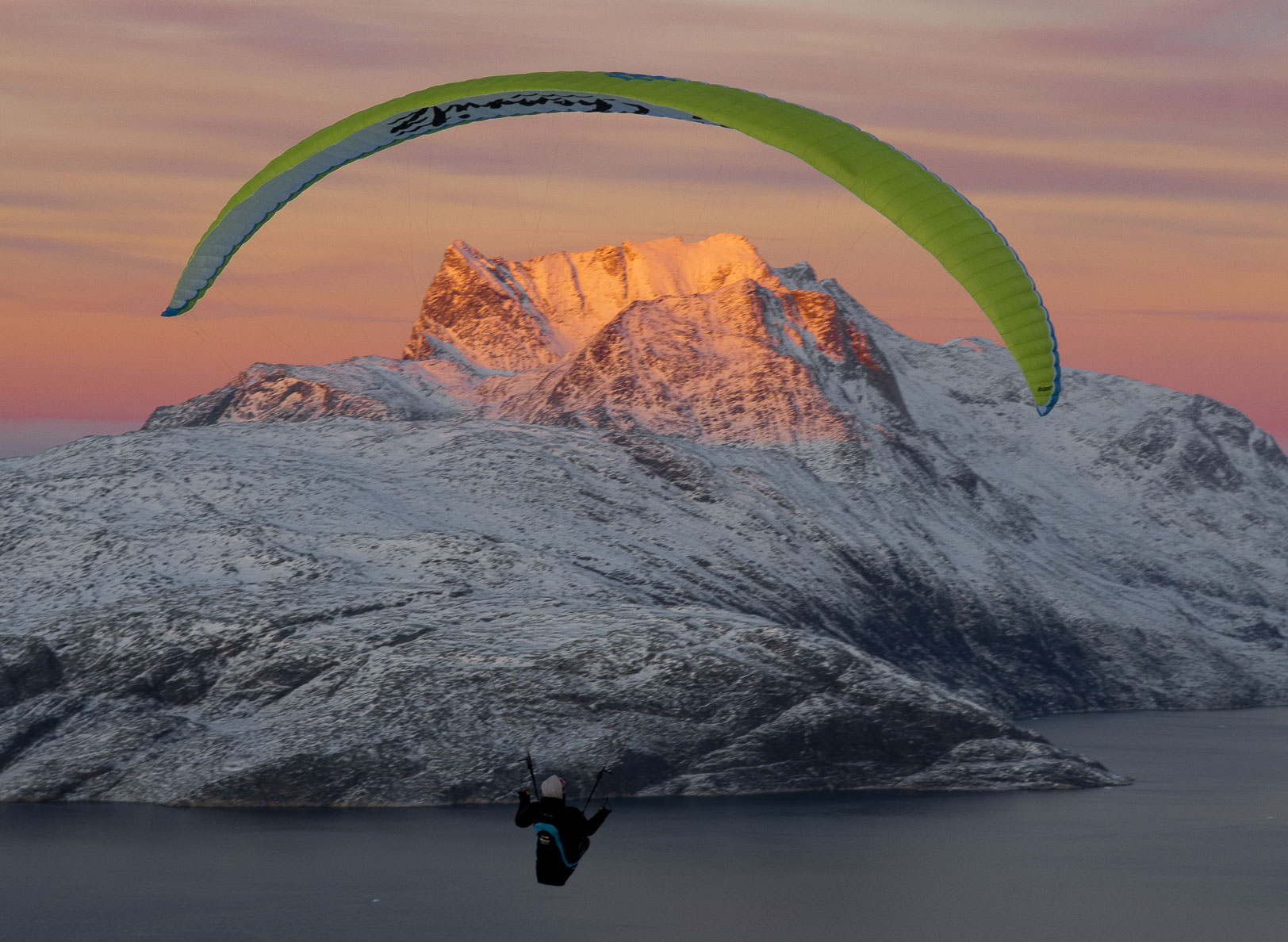 As I was climbing the Quassussuaq mountain, I met this guy paragliding. What a magnificent scenery while the descending sun illuminated the peak of the iconic Sermitsiaq. It marked the highlight of a remarkable day hiking in the backland of Nuuk, the capital of Greenland.

If you are well prepared for the actual terrain and weather, hiking can be done in Nuuk all year round, winter included. On a chilly November day, I went for a great hike, starting off the Nuuk Airport to follow the 7 km green-marked trail that goes around the Quassussuaq mountain (450 m). I had fitted my hiking boots with mini spikes (“grandma nails” as we call them in Danish), which turned out to be quite useful as the terrain was very icy in places. Previous days’ unstable weather had transformed melted snow into malicious ice! 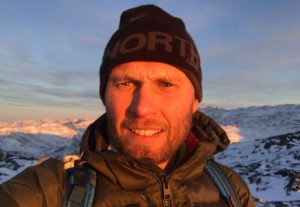 Warm clothes and mini spikes on my boots were all I needed for today’s hike.

Leaving the airport and following the trail marks, I had great views to the Nuuk fjord and the Sermitsiaq, a 1,210-meter-tall mountain situated on an island about 13-14 km NE of town. The trail went quite up and down and as many of the trail markings were covered by snow, I merely walked by random, sometimes following other people’s footprints. 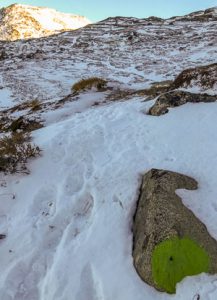 Green dots mark the 7 km trail around the Quassussuaq – from Nuuk airport to the Qinngorput suburb. (Photo: Bo Normander)

There’s no marked trail to the top of the Quassussuaq but one can usually ascend it safely following the ski lift on the side facing the airport. However, I was already far away from the ski lift. So at some point halfway the trail, I decided to climb the top. On a summer day probably a pretty easy thing to do but today patches of ice and transformed snow plus pockets of loose snow made it more challenging yet great fun to ascend the 450-meter peak.

As I arrived to the top, I was met by absolute stunning views over the “skyline” of Nuuk, the fjords, and the mountains. And to celebrate the whole thing, two paragliders came along jumping out from the peak and taking acrobatic turns in the wind. They could stay in the air for hours due to strong winds from the fjord.

After a while I walked on southwards but had to stop every second minute to enjoy the view. Finally, the sun set, and the street lights of Nuuk came on. I carried on slowly descending the Quassussuaq until I got the Qinngorput neighborhood in sight. I took some great shots and that marked the end of today’s hike. 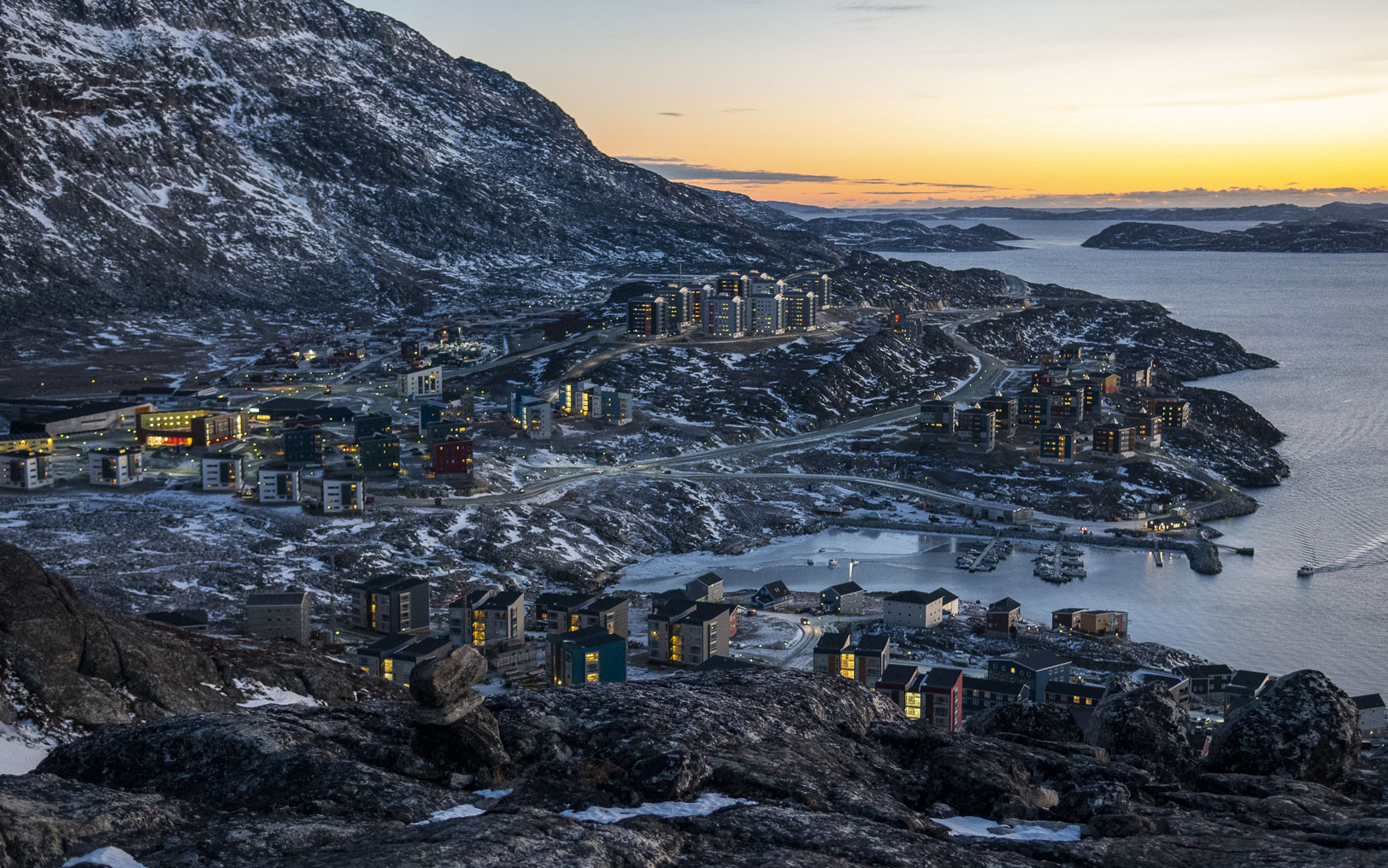 Qinnqorput is the newest district of Nuuk, established in the 1990’s and still under development. (Photo: Bo Normander) 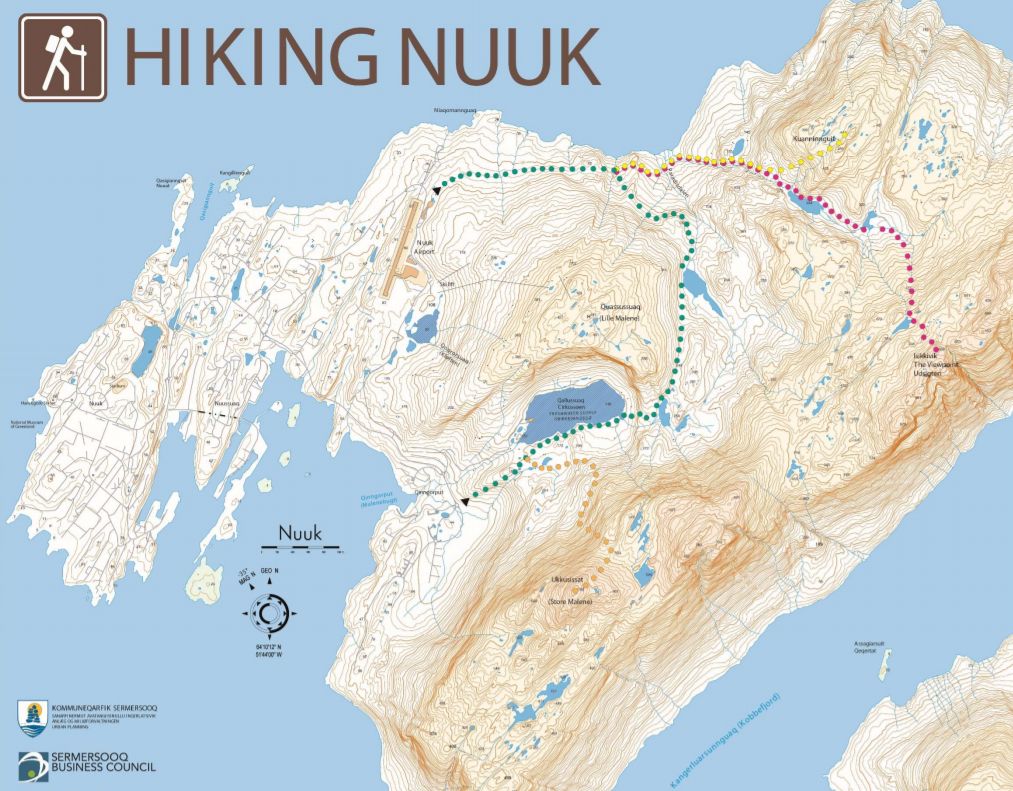 Map of hiking trails in Nuuk. Click for a larger map, which is freely available from Tupilak Travel.

Note: It is not advisable to climb Ukkusissat in winter time.